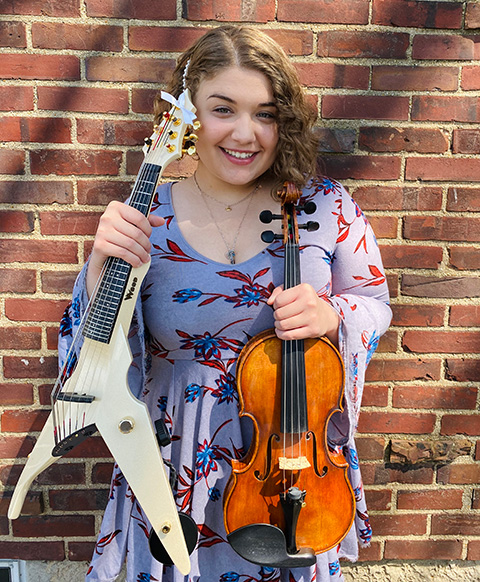 Violinist Alissa Jackman is a multi-genre musician based out of New York City. You can catch her playing anything from classical to funk, jazz, fiddling, new music, or rock. Alissa performs with her acoustic as well as her 7-string electric Viper violin. Alissa is a music educator and an education activist. In addition to teaching her studio of private students and classroom music students, she has performed in multiple benefit concerts to help support music education, such as the Muzart World Foundation’s We Are Hope concert and various concerts for the Electrify Your Music Foundation.

Alissa participated in her first Electrify Your Strings event when she was 13 years old. Since then she has been to MWROC every year since its second year and was featured as a student spokesperson for the EYS program in an interview on ABC with the program’s founder, Mark Wood. Alissa is excited to be teaching a master class this summer at MWROC.

She received her BM in Violin Performance, studying under Cyrus Beroukhim, and her MA in Music Education from NYU Steinhardt. As a student, Alissa Jackman performed in venues such as Carnegie Hall, David Geffen Hall, Symphony Space, and the LDS Conference Center. Since then, she frequently freelances with bands and other artists playing clubs and bars in NYC, such as Don’t Tell Mama’s and Sony Hall, and is an active studio musician.