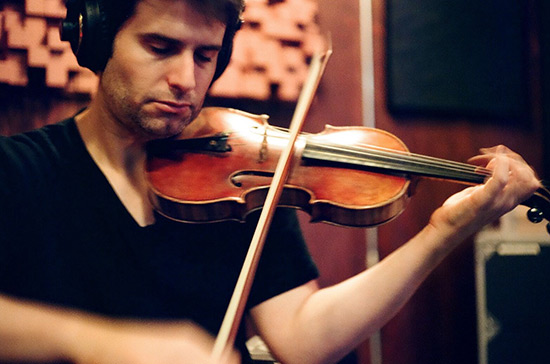 Eric Gorfain was on the faculty of the first-ever MWROC back in 2010 and we’ve been trying year after year to bring him back but, due to his extremely busy schedule doing string arrangements for folks like Christina Aguilera, he’s been a hard guy to pin down. Well, WE GOT HIM for Virtual MWROC and we can promise that his master class is going to be very special!

Eric Gorfain has long focused on bridging the worlds of classical and rock music. His early professional days were spent as a violinist in the recording studios of Tokyo, followed by a stint as concertmaster for Jimmy Page & Robert Plant’s Unledded tour, inspiring him to create The Section Quartet, which quickly became an in-demand studio ensemble for rock, pop & rap artists.

Eric has published several rock string quartet arrangements of songs by Radiohead, Coldplay and Elvis Presley, with plans to publish more titles on the horizon.

From 2012-2016, Eric co-hosted Live from High Fidelity, a podcast about vinyl records with his pal Tom DeSavia of Concord Music Publishing. He spends many an hour and paycheck at record stores in Los Angeles and whenever (and wherever) on the road.

Find out more at ericgorfain.com.