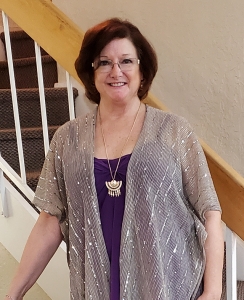 Glenetta Henley is the newest superhero to join the MWROC family. Glenetta is the new MWROC Assistant Director. Glenetta is originally from San Antonio, Texas, but currently resides with her husband Paul in Orange, Texas. Glenetta and Paul have four children, between them, three daughters and one son, and three beautiful granddaughters,with one more on the way!

Glenetta retired from the school business two years ago with 36 years of experience in a career that was truly her passion. She began her career as a middle school history teacher. After three years in the classroom, she was appointed the head of the history department. The next stage of her education adventure was as a Gifted and Enrichment Specialist. The freedom and creativity of teaching units on “basically anything the kids were interested in” continued to fuel her love for her chosen profession. During this time, she had earned her Masters Degree in Education and her Administrative Certification. Her love of the classroom kept her administrative career on the back burner though. It took her 22 years after earning her certification before a mentor finally persuaded her to apply for a job as an Assistant Principal. The timing was right, and she got the position. Now her skills as a lover of middle school kids really came into play! And she found that she could influence even more kids than she had before, as well as work with struggling teachers. Her school career ended as an elementary principal on two different elementary campuses. And despite retiring, her heart remains with the children, teachers, and parents that became family.

Glenetta looks forward to bringing her love for innovative learning, kids and music to MWROC!