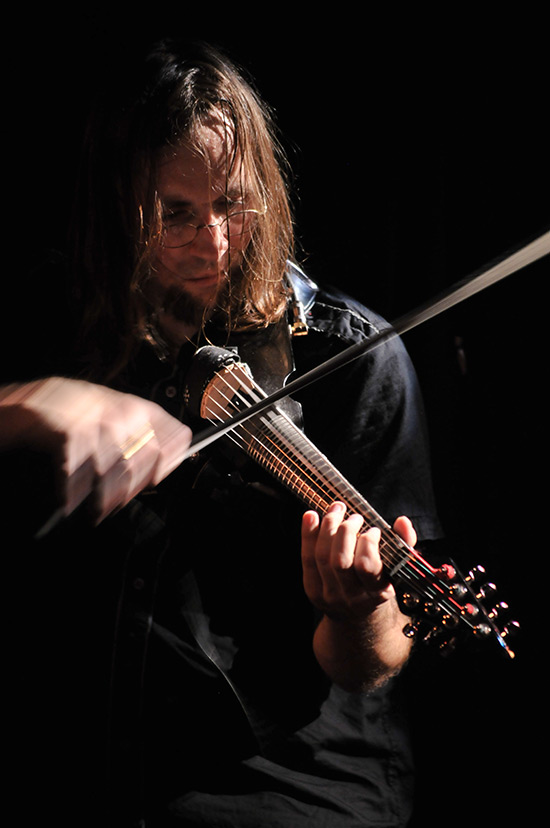 Chuck Bontrager is the very definition of the the versatile 21st-century musician: classically trained, yet experienced in multiple performance styles; fluent in several variations of his instrument (viola, violin, baritone viola (chin-cello), mandolin and mandola, and especially his 7-string Viper electric violin). He is capable as a performer, arranger, and conductor, and wholly dedicated to the advancement of his instrument and the education of new generations.

As a performer, Chuck currently serves as Concertmaster of the Chicago company of Hamilton: An American Musical. He has performed in over twenty other productions on the Broadway In Chicago series as well as shows with Drury Lane Oak Brook, Marriott Lincolnshire, Chicago Shakespeare, Court, Northlight, Steppenwolf, and The Goodman theaters. He has been heard with every major symphony orchestra in the Chicago area, including the Chicago Sinfonietta, the Lake Forest Symphony, the Lyric Opera Orchestra, and the Chicago Symphony Orchestra. He also performs regularly as String Captain with local tribute giants Tributosaurus, his Tool tribute band, Vicarious, and heavy-prog newcomers Nomadic.

Chuck teaches at Columbia College Chicago and the Merit School of Music. He is an experienced private lesson and group class teacher, chamber coach, Rock Band instructor, and clinician; his Bowed Metal demonstrations are a frequent addition to local school curricula, most recently at Carl Sandburg High School in Orland Park, Illinois, and with the Audience Matters outreach program sponsored by the Chicago Sinfonietta.